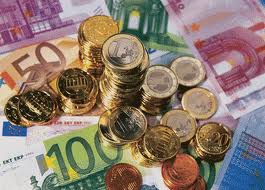 Also when you experience total freedom from the current ‘old’ money this money is the expression of lack and is causing poverty and inequity among people: because its in the money creation moment.

The current money is the expression of lack, power over, control, poverty, government in stead of governance… No matter what your relationship with this kind of money is: the current money does not facilitate our living together. This is no coincidence, the is knowingly installed on Earth to enslave us. This is reality and your relationship with this ‘old’ money does not change nor transform anything. Period.

The evil and inequity, relating to money, is in the creation moment of the current money

People who already have enough are able to create tons of money for themselves for mortgages. People who do not have anything are not able to do so: they are pushed out of the equation… Since long this is the truth and this inequity must stop NOW.

The creation moment should be: Existence Money for all humanity

The deepest evil is our robbed direct access to Earth, Her resources and each other talents and this must be corrected: we correct this via Existence Money. So for all humanity the same amount (depending on where on Earth you live because you need less in India then in Germany)… Enough money numbers to get our basic needs met. No longer money creation for the ‘have’s’ only.

We need to stop creating poverty, lack, inequity among our fellow humans.

Money is already transformed. But the transformed money is refused. By the governments: they refuse to facilitate our living together. And also by humans: humans are now saying that its in the relationship with the current money that counts. No that’s not true and does not do anything for the ones who are offered now in our living together, who are pushed out of the equation, and who are suffering. Are YOU ready to transmute and to do the inner work?

Allow Yourself 2016 because its all about your consciousness

The availability of ‘old’ money

Let me address a very rich person who has lots of ‘old money’ here as a huge availability of ‘old’ money, then the message of that aware rich person is: ‘we want the world to be able to live together and thus we make this money (and gold etc.) available‘. Well, that’s great.

But… this misses the new reference point. Existence Money means that every person can create enough money to be alive. Like in the Netherlands that is 750-1000. This MUST be part of the ‘rich persons’ transition: the very fact that every person can create there own money monthly, equivalent to being alive. And with this equivalent money (Existence Money), you can buy exactly what you need. So… with the ‘very rich person’ it does not matter anymore that the old system is suppressing us, because, with our ‘new’ currencies, we then can buy monthly enough old money at that ‘very rich person’. And this way we are alive from our ‘new’ currencies. And thus do we not need to work for euro’s (dollars) anymore, no, we can ask ‘new’ currencies among each other.

Existence Money is NOT an alternative system nor a plan or ideology. It is the transmutated from of our ‘old’ money. And thus we just exchange Existence Money and euro (dollar) where needed. So that ‘very rich person’ should not say: we make a back up for all kinds of currencies. No, she must say: everybody can pay with their ‘new’ currency for our ‘old money’. It’s the only thing that is needed. You do not need Money Place for it. That ‘very rich person’ can build her/his own ‘new Existence Money’ currency Facilitation Platform. There is no copy right on Equi Living Togetherness: could not be, everything coming from Source, The One… there can not be copy right or patent on it… Mother Nature does not use copy right on Her free flow(ering).