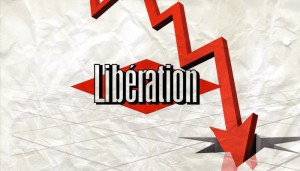 This same process we have to do to get Free Access to Life back on earth. Equivalent money shows that free life entrance costs nothing. So we have to stand for it. The current corrupt system spits out people and this is what we have to look at. These people are placed out of our togetherness. How do we get the spitted out people back in our living togetherness? Well very simple: create the money numbers people need for their access to life, i.e. food, shelter, warmth, clothing, etc. Equivalent money to being alive and to get our basic needs met. The equivalent money depends on the country you live in or state or even region. So sufficient for your basic needs.

Money is nothing more then money numbers> agreed? So over and over again we must claim we want these money numbers to be created for us, for our living togetherness.

Are you in contact with the profound meaning of this of the awareness that entrance money, Existence Money, does not cost anything and is back within one day?

When this awareness is ‘on’ in you you start claiming! this equivalent money for yourself and your living togetherness. From you inner awareness you start to expect them (your facilitation bureaus) to create the equivalent money number for you. So we do not depend on our govts. NO we depend on our inner strength and power to STAND FOR and to claim! our basic needs met by creating sufficient money, equivalent money. So stand up to your suppressors and claim!: STOP SUPPRESSING US. By this we show the world that ‘they’ don’t do facilitate us. This is your own inner liberation process and the moment you comprehend this you stop looking outside yourself for a savior, the working of an institute or program, or nice and lovable persons.

Making this awareness applicable is the logical step AFTER this awareness is SWITCHED ON again. You did not say to the black people: well how do you make your freedom applicable BEFORE the awareness was switched on again. That’s impossible. First the awareness must be switched on again. Then making this awareness applicable in your life and living togetherness will have to happen in one way or another. We are not putting ‘poor people’ in the position of poor people, we are not coming from ‘poorness’ at all: because perceived from the new they are not. So they have to shout for their equivalent money too. Like the black people stood up for their selves from their inner awareness and strength. The whole country must shout this. Every one must shout this for themselves by themselves (this is the transformation in the single person). Then you use your inner felt anger and sincere indignation to speak up for yourself: the suppression has to stop! Again realize that creating equivalent money for all humanity does not cost anything and is done by implementing one programming rule in the software of banking applications. Its that easy! What an impact hey when you comprehend this?!

As long as govts REFUSE to implement the one programming rule meanwhile we start living together ourselves. Besides we can life from ‘new’ Existence Money: In the here now we can create equivalent money ourselves via a new application. Perceived from the new awareness and the ‘new’ Existence Money poverty is dissolved (and richness as we know it too).
So we have stepped into the new and We embed the Transition.

You could say that the leap is very difficult to make in peoples mind because there are very few people out there who really comprehends this profound new awareness. Yes perceived from the old this is true. Perceived from the new it is not. Can you see this?

Well I leave my effort to pass on discernment in you here and I invite you to deliberate on it. You already know what the new reference point is, i.e. access to life does costs nothing and is back within one day: the One Programming Rule. So I ask you to deliberate on all this from the new. When re-actions do come up, feel: are they coming from the old or from the new…: are you re-acting or are coping mechanisms or escape behavior coming up, for example our living togetherness should be without money because our living togetherness is meant to live without money. Which is not the truth but this comes up because you feel innerly touched by the new, but suddenly do not know what to do with this. The necessity to move away from money is from the old. You could also say: well the situation of the black people became even more worse living in the current system. Well in the here now the situation of the black people is not different of ours. Liberation processes goes step by step too. The transformation the black people went through is not completed. As ours is not completed also. Free entrance to life is the deepest liberation process on earth and from all humanity, not only for the blacks or the tribal people. Free entrance to life liberates all humanity from control and repressive tolerance (of the corporations which our current govts are). The transition we are in now is from all humanity: the completion of the liberation processes others went before us we ourselves have to stand for. Our free entrance to life which will end all suppression. When you yourself do not stand for your free entrance to life, the One Programming Rule, you are a suppressor of a true living togetherness too and you are burdening your fellow man to be alive. DOn’t touch me…

When you feel touched by the new but do not know what to do with it? Let the new do her work in you and maybe you want guidance on your path…

Economics of Certainty is explained in the e-book ‘Welcoming Each Other and Her Protection‘ (vertaling in het Nederlands: ‘Elkaar Welkom Heten en Haar Bescherming‘. Deel 1 van het e-boek is vrijelijk beschikbaar).

Economics of Certainty is not an idea, nor a plan, but sprouts from an inner place and awareness where all can thrive on this planet together in peace and heart to heart connection. No agenda attached. Even no stories about each other attached. Nothing… of all this… Absolutely no divisiveness, that’s not from Economics of Certainty. No one is excluded. All are included.

I am very committed to a natural living togetherness, because She is the organic living togetherness on Earth from Source Essence. I am and will be a staunch supporter of the earth and her organic life. any thing less. Not that many are coming from that place. I am a beholder of that Space (and with me some others are too). That’s why I see when people are not coming from that space. I am at peace. And I long to meet you at the other side of the bridge: I am there… Waiting… For a true Living Together on Earth… Hope you will not take to long.

We Embed the Transition group on Facebook
People in this group embed the transition and contribute to the free existence of their fellow human and/or stand for their own ‘free existence‘ and ask for it.

We Embed the Transition Community page on Facebook
On this page you can find information from the new reference point and the transition. People who are on this page are looking into their current ‘black hole’ in their psyche relating to money consciousness, the meaning of ‘each other’ and a normal unburdening and unburdened living together on Earth, the profound meaning of Free Existence (Money) and its implications: in short people who are on this page are in the process of opening up and healing their consciousness from ‘normal living together on Earth‘ and its implications.

This is TRUE compassion, because only 1 child suffering is 1 too many for those who come from the inner Space of TRUE compassion. So many are talking about compassion, but do not Walk their Talk. There is no innocence anymore because the new area, from the Real Zero Point, is enclosed totally (for some years already).

Its up to the Next Generation to LIVE TRUE compassion and to NOT push people out of the equation… NOT to exclude, but to include… (this text is in Dutch, please use google translate for translation into English).

There is a huge availability of ‘old’ money.