So, it is already re-invented a long time ago now.

So what you are looking at in the world today is not ‘a search for change’, but ‘the refusal for change’, because we can already live together(!) since 2006.

If the world would want to live together, she would have made the new money growth in their own lives already.

As Money is already coming from source since 2006, the world HAS her chance to live together already (still), but shows instead, her refusal patterns. And from this refusal patterns, which come from not-living together, you can see and explain what is happening in the psyche of people. But all this is still coming from the area of refusal: it is explaining the refusal.

There is a reason why we ‘need’ to explain, although the explanations themselves are totally not needed to be able to ‘go’. Nothing is needed to ‘go’. Only WANTING to live together is the only thing that is needed.

If you first want to listen to a lecture, for explanations how the psyche works, then you DON’t want to go. Because, living together is already here, since 2006, and does not need the lectures that explain the refusal.

Now, probably last decades, centuries, and larger timespans, it has been here over and over again, the re-inventation of money from source. But it did not sustain. So, there must be a reason for this. There must be some force of life herself that is missed. It can be as simple as: ‘Children by nature belief their parents, otherwise their life-environment would be desastrously un-safe’. This is a psychologically living itself ‘thing’ in life, and maybe this is disregarded every time the world could go into transition.

I don’t think this is the thing that is disregarded, but it is an easy example for explaning the field that I mean to point out.

So, since money is re-invented a long tim ago already, we have seen all the escapisms on living together since then, in their essence. And one of the escapes are: keeping on explaining ‘before’ the going.

Only After the going, you can really(!) explain.

We DID go… we DO live together from the new.

So, we have a totally different discernment than people who did not go, and are still in: ‘There must be done something for the change’. ….

Money is re-invented a long time ago already.

She comes from source: from the WILL to live together.

So not ‘the will to make people live together’.

No, she comes from source and needs no explanations first:

I DO want to live together on earth, and so I DO. And THUS in my life money works(!) this way….

she works this way already, in my life, since 2006. But then this way that money works, was not facilitated yet. Since 2007 we started to facilitate this: we started to build Equi Place. At that point with a different name, but that does not matter and is not the point. The point is, that a living together facilitates itself in the way she choses to live together, and so this facilitation will grow and transform naturally into bigger things and so on. 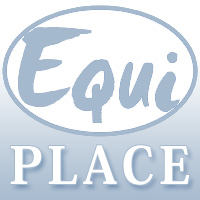 Now, the mistake that almost everybody keeps on making, is: adressing the shit of the not-going, on: Money.

Instead of seeing that they keep on projecting their own SHIT (the refusal to go) on Money, and thus Money works like shit; still works AS the refusal of living together.

Now this is addressed by us for so many times already, but in the length of 2014 that is in front of me, I feel the creative energy to make a series of vid’s on this, which will lead to the real ‘protection’ that we need as ‘a species’. Also this protection is already seen and brought into expression, but I feel it now as the conglomerate of all that is seen since 2006 and is very personal:

Only the refusal is not easy…

Smoothparadigmshift: We are Parenthood on Earth

New Generation Amongst Us