Equi and Equi Place coming from Equi awareness, the Principal of Life, is no promise to our living togetherness, but a facilitation. But she only can facilitate what people live and in the here now people are not living together. So Equi is not able to facilitate this choice.People need to stand for themselves: have to do their inner liberation process themselves.In the here now Equi and Equi Place is misused as a promise. But she is not. This we want to make very very clear. Its up to humanity to make this inner choice, living together. We are not an institute. We are not saviors. We never did any promises: we simply can not: you (as in everyone individual) are the one you have been waiting for.The One Programming Rule is out there. We embed the Transition: so the ones truly longing and DOing living together can DO that, but almost nobody is.We do not want to make fake promises or our message encapsulated and twisted spread forward. We do not want to be responsible for that. Everyone has to take ownership in truly living together.Now since all the awareness is out people CAN and HAVE TO stand for themselves, for their own free life entrance. And they have to expect from their govt, who should be facilitation bureaus (which they are NOT), to facilitate our living togetherness. Now its up to others to grow up.We informed our govts, our banks, police officers (who should transform into police man), courts… all current structures we did inform but they REFUSE to do anything with our message. And since most of our fellow man also REFUSE to step into the Circle of Life there is no effort coming from our fellow man. No true effort: it takes time and courage to do this inner work. We can not do this work for humanity. Humanity has to embrace the essence of the transition, i.e. truly live together and stand for their own free life entrance. Humanity can not skip the essence.Nobody can escape this inner work: stand for their own free life entrance and the free life entrance of their fellow man. What most people are doing now is using the Equi Place aka Money Place application as a solution to solve poverty: that’s placing Money Place in a totally wrong position. By doing this, placing Money Place in the wrong position and skipping the essence, her profound awareness and message is encapsulated and twisted. (This is why the Money Place Platform is dissolved in June 2015.)Still the Principal of Life is skipped. The Principal of Life which is: letting life in her own context by creating entrance money which costs nothing and is back within one day and from this life itself will be in her own context again and all distortion and control, etc. will dissolve by itself. Because the Principal of Life is skipped people are having unjust expectations of Money Place (and her co-creators). But we are not an institute. We are no saviors. We are facilitators of a true living togetherness. 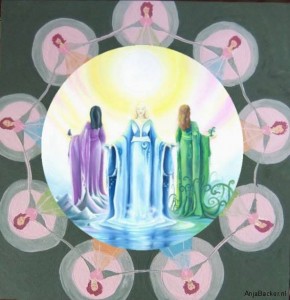 We are not a promise to ‘poor people’. The message is the other way around: the ‘have’s’ should step into the Circle of Life and accept Equi currencies from their fellow man. But they REFUSE. And the ‘poor’ are trying to safe the ‘poor’. But this is not ‘it’. Perceived from the new awareness we do not create poverty anymore so there will be no poorness and there will be no richness anymore as we know it. But a true living togetherness.By now the world is aware that money is only a huge spreadsheet. So the world, humanity, has to stand up for themselves, their own free life entrance, and shout the One Programming Rule. Humanity must face the reality of the now that their govt (and also there fellow man) are representative aggressors REFUSING a true living togetherness.All re-action patters are not from Equi awareness, but still humanity is re-acting and projecting on her and spitting her out.

The Truth of Life was always here, is here NOW, and will be here always. The flexibility of Life, Life flowing in her own context, no interference, just let her BE.

We provided an overview of the wonderful facilities Equi Place offered.

We ARE the New Earth

Een gedachte over “The Principal of Life is still jumped over”